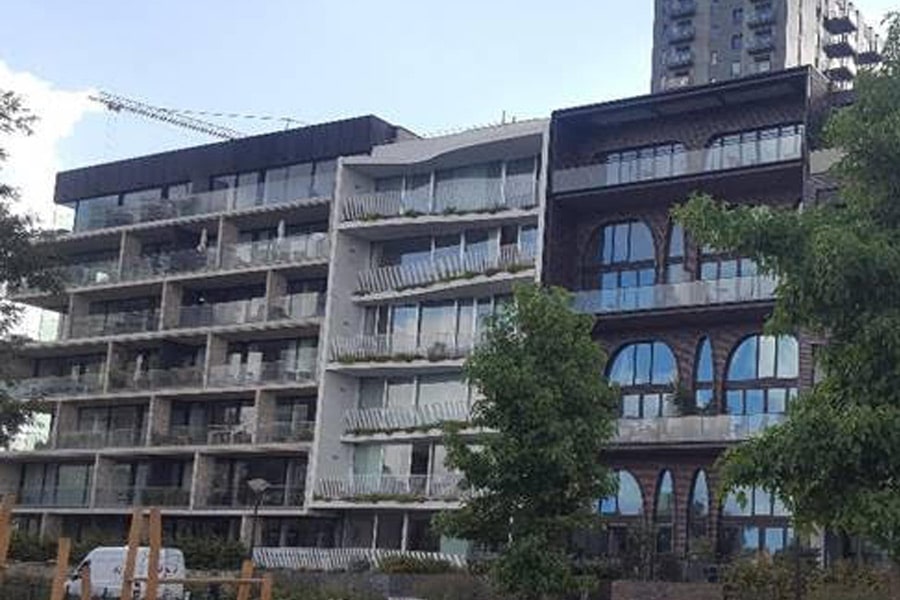 A recent trip to Europe allowed me to retrace the steps of my family history in Amsterdam, as well as retrace my own steps of living in London and Amsterdam over a 12 year period – going back to all the areas I lived and worked in, as well as being completely inspired by all the architecture and galleries I went to.

The Studio Drift exhibition, ‘Coded Nature’ at the Stedelijk Museum in Amsterdam was the most incredible exhibition I have seen in a long time. A Dutch creative studio combining technology, light, and influenced by nature. I was in awe, and the creativity blew me away. They use a large variety of mediums for their art – video, sculpture, raw materials, light and multi media. It was something for all the senses.

These mechanical flowers go up and down, and then open and close. Totally mesmerising!

Side profile of the mechanical flowers, and a suspended ‘block’ that slowing moved.
The big impression from Amsterdam is the heritage buildings they protect. And I’m not just talking about canal houses built in the 1600’s. I mean their modernist architecture, their 1930’s architecture, architecture from all periods. It’s not torn down and constantly replaced with the new. They value different periods and restore and renovate.

I also went on an excursion (by bike of course) to the man-made island of Ijburg where floating houses have been built on the water. They can even be towed away and placed somewhere else, when you get tired of the scenery! Venice is always an option I suppose…..

The floating houses in Ijburg, Amsterdam – all custom designed and built.
And as for new buildings – creativity abounds. Take for example this new block of apartments. Built at the same time, yet 4 unique styles have been created together, generating interest and variation. I love it.

New apartment block on the Amstel in Amsterdam

Modern use of bricks (apartment where I used to live), in contrast to the ‘Amsterdam School’
architectural style and their creative formations with bricks.
Render is rarely used for new builds in Amsterdam. Instead brick is embraced with many different colours, sizes and styles used. I’ve found that using brick has been, and continues to be a consistent building material in Northern Europe, and I love how they create such different looks with it. I certainly see brick making a renaissance in Australia too, but it’s been a solid staple in The Netherlands for centuries.

I came back refreshed, having been exposed again to the things I loved about living in both London and Amsterdam, yet seeing it through designer eyes, and not taking any of it for granted.

Finally, I had the pleasure of being interviewed on radio discussing ‘Future Proofing Your Home’ with David Healy from Chelsea Rotary, so if you’re like to hear the interview head here

Frances Cosway
Frances Cosway
As the principal of White Pebble Interiors, Frances Cosway is an award winning interior designer, published author and sought-after public speaker. Her unique style and influences were developed from working on interior design projects in Europe, where she lived for over a decade. Combining her European experience, keen eye for influences and trends, and passion and flair for design, Frances selects and sources the perfect elements to create beautiful and functional spaces for modern living, reflective of every client’s personality and wishes.

SHOWNOTES In this episode of the My Forever Home podcast, Frances discusses…
Read More
MFH Podcast

Episode 107: Creating a Vision for Your Home

SHOWNOTES Having a vision is important when you are creating a brief.…
Read More
MFH Podcast

Episode 106: How to Choose the Right Floor

In this episode of My Forever Home, Frances runs through key considerations…
Read More

Find out about our upcoming Masterclasses, and more.

Now sure on next steps for your project? Have a chat with us.